I got issued a perma ban using SLAM.exe (most of you are probably familiar with this program. Basically it let’s you play any audio file u have, in-game).

Recently while playing on ‘ze_rush_b’ I played (or wanted to) “Bomb has been defused” at the part, where the bomb is being planted on B-side. Just tried to make a joke and gain some laughter, the usual stuff.

I wasn’t aware that programs like these lead to getting permanently muted, since I’ve seen several use-cases of players, when they’ve played some audio files using likewise programs.

I hope you can forgoe my mute-ban. This surely won’t happen again.

Please let me know. If something is missing. Cheers. 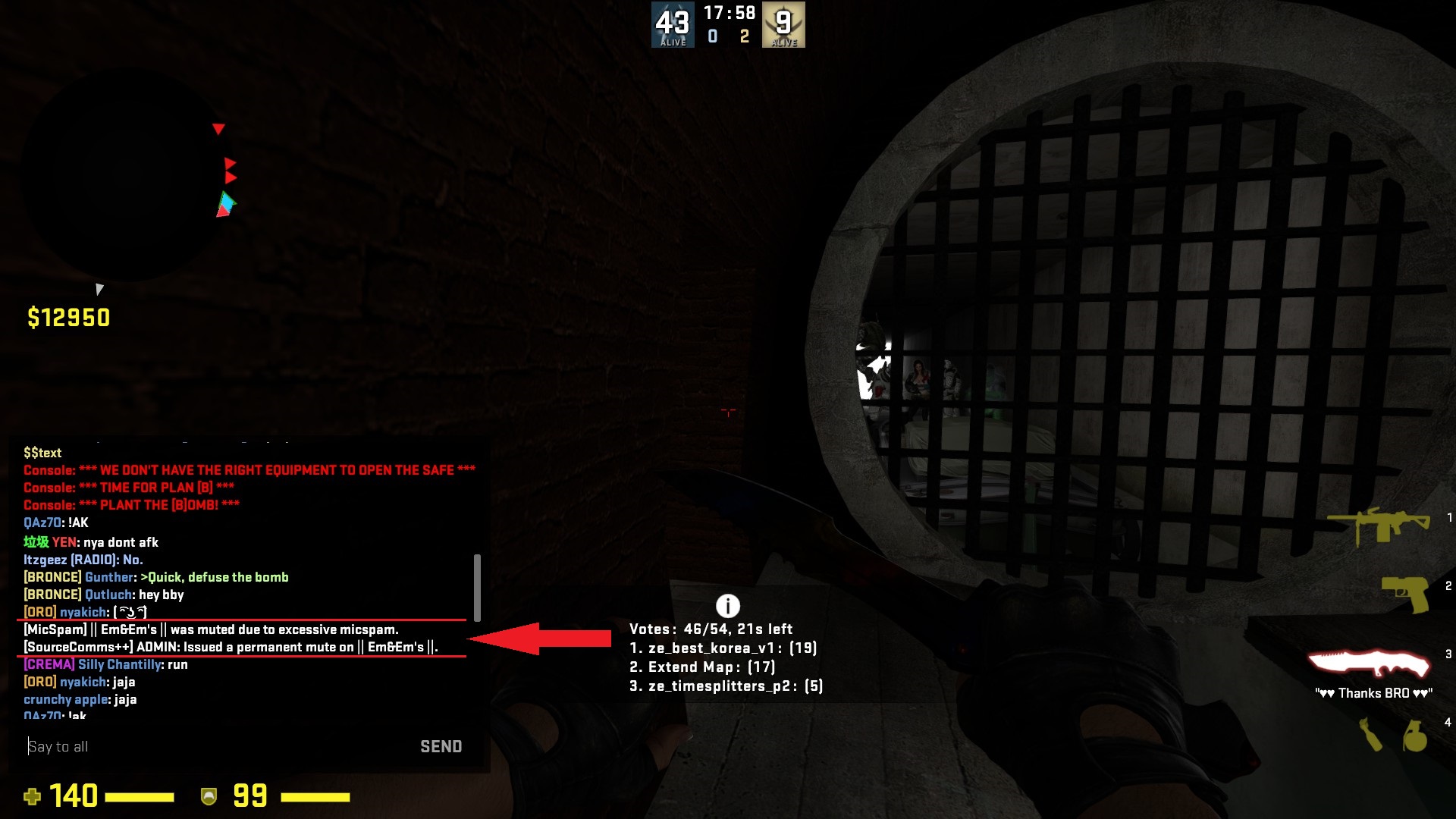 It’s permanent for other miscellaneous reasons that have yet to be addressed. No fret of it, permanent means nothing in the server (at least, for mutes & gags). If you try to circumvent it, it’s usually okay so long as it’s not too repetitive or annoying. Playing the same sound over and over can get tiring if you need more clarification. Music is most definitely a no-go.

Just so you know! You’ve been unmuted.

Much appreciated, Syo. Thank you.