Well , since my original post got thrown to the thrash bin 10 minutes after for spam, and then i had to create a second account… , with some recordings of me spectating actual cheaters and banning them on cs 1.6 back in the day when i was admin, and some more of CSGO explaining how you can see if it is aimbot and difference between game engines and FirstPersonShooters coding in general, being spectator or not,providing actual demos and information on what is being watched,recorded ingame byme and one out of youtube, and a HOW TO KNOW if someone is cheating, it is called A quick tip, so now we know p1 p2 if you can find it , useful information there for moderators specially, and even normal players who can votekick a cheater… i will just say the last…

I DO NOT CHEAT , i do NOT use ANY kind of third programs in the game, with an exception for one thing, a crosshair My monitor is a Asus VG248QE, Gaming,24 , it has integrated crosshairs and i sometimes use them when playing sniper in order to noscope enemies. It is an advantage to be honest but, yeah, i think that is not important since there are alot of monitors nowadays with the same option and i bet im not the only one with this Asus. 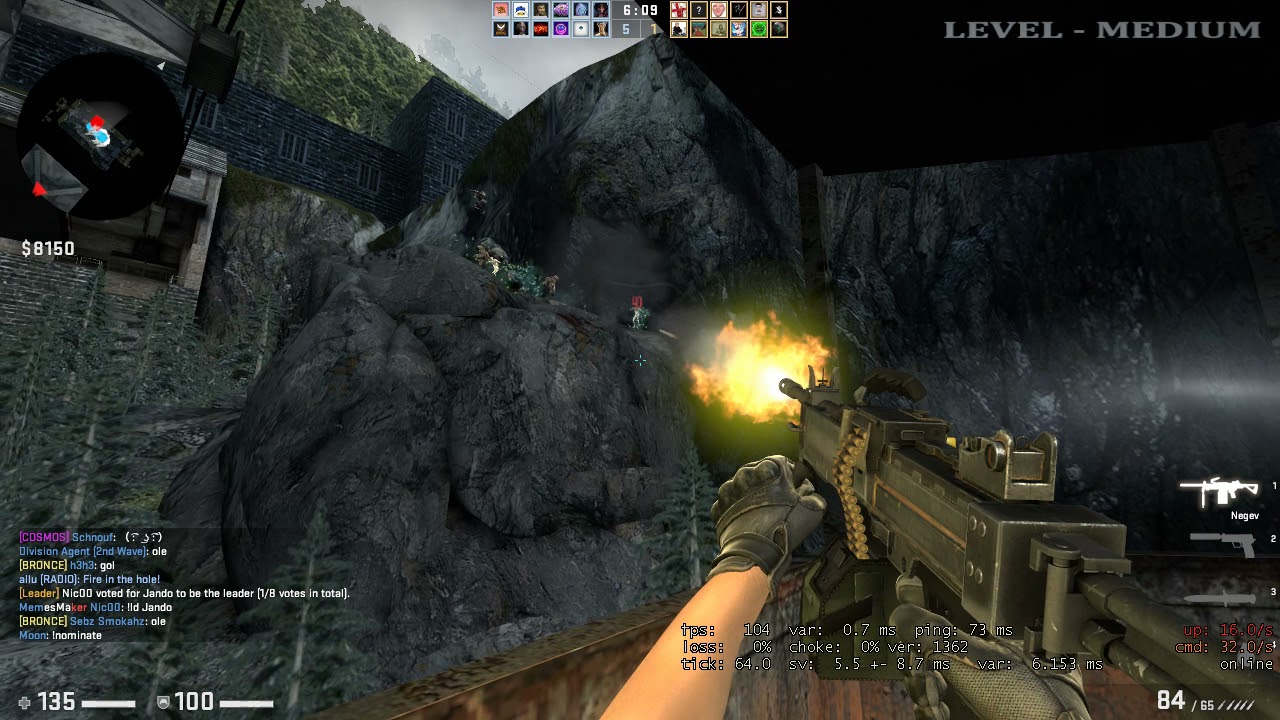 At minute 2:00, the entire team gets infected and we all die, tho, you think im cheating for shooting left to right infront of me with my last bullets… aimsnapping? If i was cheating, i wouldnt let the zombie get in in the first place, though i did not even got time to react to him so i just shot the doorway nothing special.Anything suspicious? I dont even see where is the aimbot there in just moving the mouse left and right before dying. You can see me miss a lot of bullets even before that situation, ain aimbot does not miss!!! So, any comments ?

Spectator view of what i got banned in first place

In this demo, everybody knew there are zombies behind the box, i dont even get damage by shooting the box , we have radars and voicechannel, even the zombie gets a sound when stricken, so yes, i knew they were there and i was trying to shoot them by all meanings! So… further in the video any shaking and recoil correction ? I can show you how that actually looks too i have it recorded from banning players in a server i was admin a while ago! Too bad my original post got thrown to the bin…

We all know where the bizon bullet goes when you spray right? Any “aimsnapping” from head to head? you can see my crosshair DOES NOT FIX ON THE HEAD OR ANYWHERE IN ANY MEANS Prefiring behind the corner before they even get out is not a new strat in FPS games! Like when you know they are there , you actually HAVE to prefire it , otherwise you get strafed on and die. It is zombie escape , you have to know where zombies are at all times and slow them down!

Honest opinions on it, do you see my crosshair move by its own when i spray the weapon? Usually having a cheat, the recoil correction and mousemovement correction makes the screen shake a whole lot like crazy around the hitbox… I actually dont even move my mouse sometimes i let the gun do its own recoil lol! My crosshair does not fix on the head all the time, and you can actually see my bullets miss alot, the damage indicator does not show 89 or 143 headshot all the time otherwise i would only get headshots!! Do you see me actually having ANY advantage ? I think , banning me for aimbots is a big mistake. I can provide ingame footage ofmyself shooting, slowing down every single zombie the best i could , imagine if i had actual aimbot… it would be a huge difference, every single bullet will be onhit and not on the wall or in the leg, if i had a cheat, trust me, everything would go to the head even knifing out!
I wish you could see my post where i actually put recordings of me providing actual evidence of a hacker and banning him back on cs1.6 and then csgo so you can see what i mean by screen shaking and actual recoil reduction from the cheat, making every bullet go in 1 pixel like a laser

I am not a cheater, you have proof of it and there is more if you want…people hate me now after all this time on the server, it had to happen in the beggining, not after some time when i actually got kinda inlove with the server vibe and settings, even in dead hours when everybody is asleep and new players only playing i love to help them learn where to shoot and where to run!! I never meant to be a dick to anybody, so if somebody got moody because of me, i am sinceraly sorry, i was there only to shoot and have fun, no bad intentions nor intoxicating the server. Sinceraly, i am sorry to anybody who got pissed off by me seeing me as the last human shooting him all the time and not letting him advance… i know i am disgusting at defending… its just how i have been playing this mod since Counter strike 1.6 and Source… People might be tired of seeing me at the top of thescoreboard or whatever… it might seem impossible for some players , but some other know it is actually possible… so its no big deal actually but yeah i apologize… i am willing to learn map triggers and stop actual defending just because of this situation. It makes me sad. I am not cheating, i actually helped once or twice to get a cheater out of the server, it is me first who is searching for clean gameplay , i have eyes and some bit of knowledge on the game too so…Thank you for your time ! ARGH

This is me spectating, as admin, helping a spanish community fight against some cheaters back when i played cs1.6, we had to put good evidence 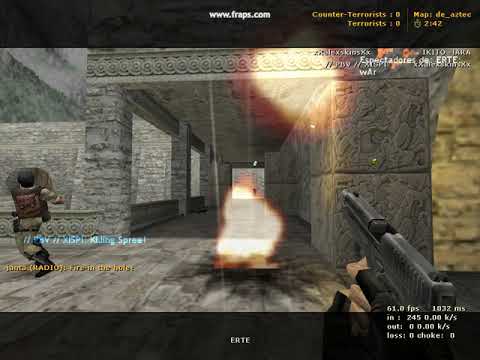 Good old de_aztec there, the boxy looking corners haha i still play it from time to time just for the vibes and memories, it is good to see that there are still clans alive and servers full!
This is another demo spectating the same guy 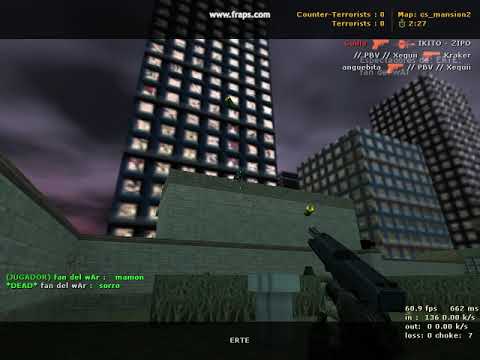 Good old de_mansion! Clear aimbot, screen shakes even if he is using a pistol… pistols are easy to catch if cheating, because of the fire rate… cheat just corrects the mousemovement around the hitbox. It is different when its a one tap gun, like a pistol in this case or a sniper, there is no recoil like an ak47 would have!

This post was flagged by the community and is temporarily hidden.

Is that a link to a cheat? xD thanks buddy but i dont need any help for shooting or running! cheers!

Hopefully you take advantage of my advices and won’t use cheats like you did in the past. For the auto bh i can’t post it in public because they can easily get anti-cheat plugin for this.

i do not use cheats you can see clearly my demos , i wont take advantage of anything u said to me because i repeat , i do not need cheats in order to shoot and run, specially in a custom mod like ze, thanks.

I hoped you are cheater and i can respect you and help but if you are keep talking shit like that im ready to believe that you were falsely banned and you aren’t actually a cheater. In this case im very sad.

Naa man im not, the admins around here dont actually know how a cheater looks like, they thought im aimbotting on the zombies because of getting high damage everyround xD after providing actual ingame footage they still think i use cheats idk i guess im just too disgusting at the gamemode? i even sent them some demos of how a cheat looks and how i look so they can compare but still xD whatever xD cheers

Wowowo too much activity on the forum, close the topic, the forum has to remain dead

wut? the topic is already invisible it got thrown to the thrash by a moderator so

I don’t know who hid your topic but when bringing up complaints, try best to summarize it. I did some digging and it seems you’re already unbanned and appears to be a mistake on @Hichatu’s behalf. Normally CS:GO players are actively paranoid about aimbots, cheaters and whatever else. I stress to our admins that these kind of folks are really dimwitted and obvious. In this case it really doesn’t appear obvious at all. I don’t know how this occurred but I think we can all agree to move on from it.

FYI as well for the snarky attitude: We have logs. Because an admin is not in-game or “doing their job”, we can still backtrack and check. As said above if it isn’t painfully obvious, we have a laid back attitude of how we handle things. If you wish to be a prick you won’t last long. I don’t see why you would need a reason for it here.